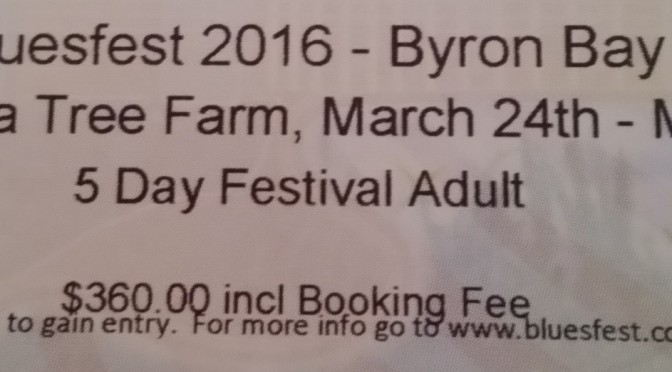 Hello to Bluesfest 2016 dear occasional reader. Hard to think it’s been a year since I last penned an entry on this site. Certainly been some changes in my life in that time that I won’t bore you with other than to mention one; the girls football team I coached won the minor premiership AND grand final for the 2nd year running in September 2015. Sadly, there is no girls competition in our local area in 2016 as not enough clubs have female players. However, all the girls have stepped up into senior ranks and are performing really well so while the junior game is gone, we can rebuild our club’s senior women’s team with these very enthusiastic and talented juniors.

Now, that said, who’s looking forward to this year’s Bluesfest? I’m pretty stoked with the eclectic line-up and very much looking forward to the Residents, the Decemberists, Noel Gallagher, Modest Mouse, Eagles of Death Metal, Brian Wilson, the Wailers and the Selecter to name a few, as well as discovering many  other acts that I know little about.

So feel free to check in from time to time as I update this blog in the haze of a morning after and in the company of good coffee and good friends.

See you at the festival!

Home for the creative ramblings of James (Jim) Douglas